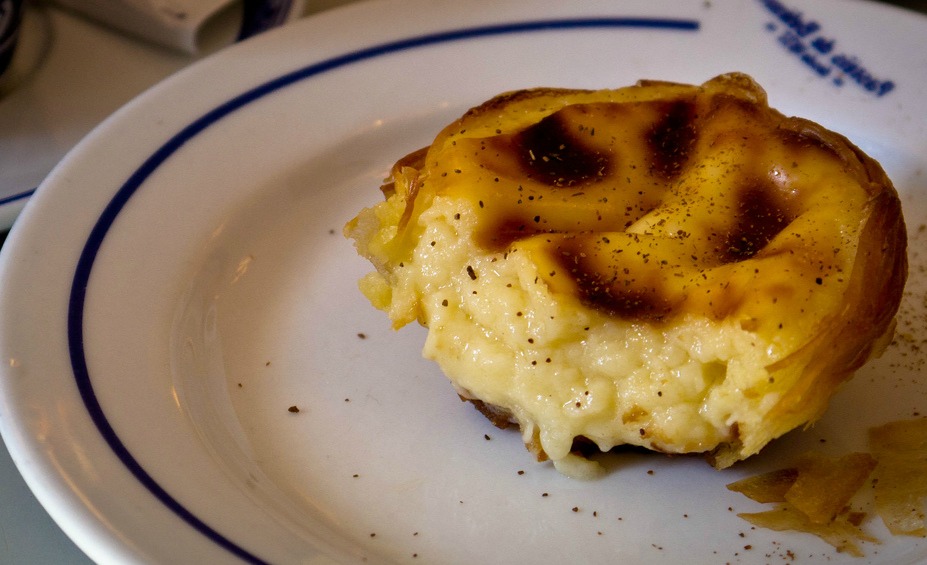 Traditional Portuguese cuisine is among the most underrated (and most yummy) dishes in the world. Read this list and find out just why you need to try these. 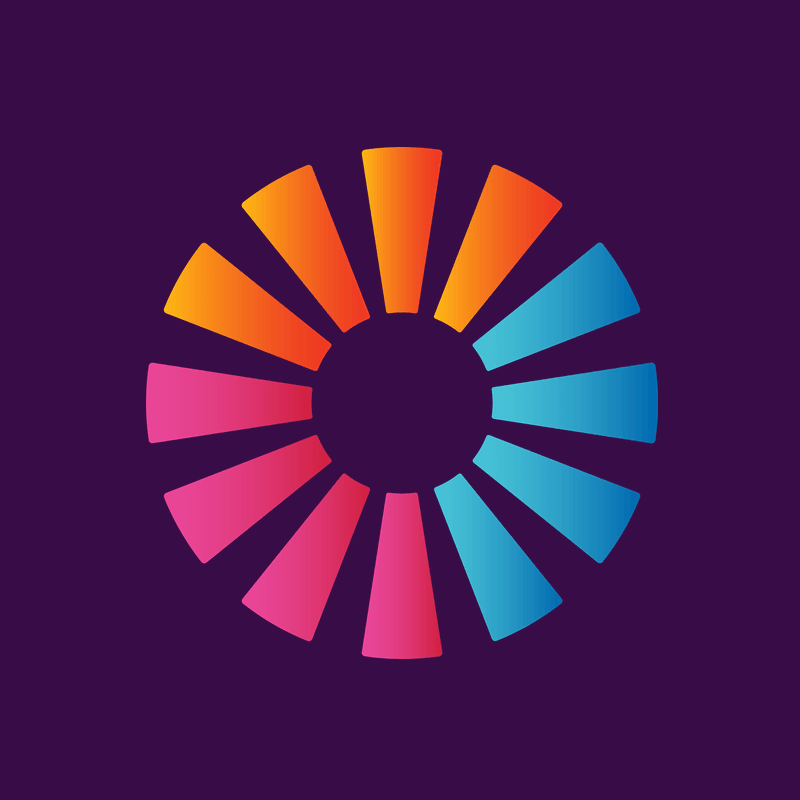 Be warned: the following will cause your appetite to be whetted. Getting your hands on authentic versions of these tasty treats is pretty easy, as direct flights to Portugal from the UK are relatively cheap and all less than three-hours long. 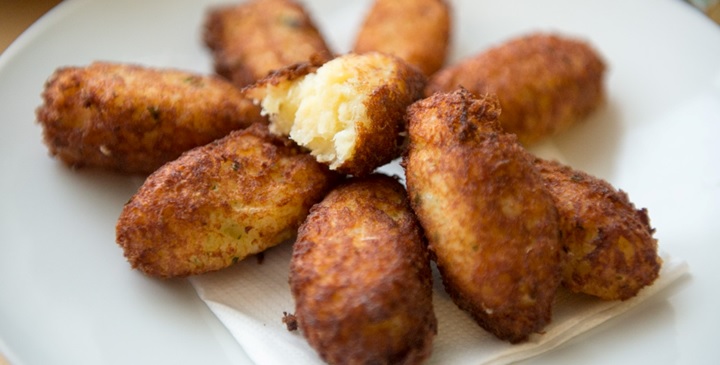 A popular Portuguese saying states there are more codfish recipes than days in a year. A staple in Portuguese cuisine, codfish (or bacalhau) can, for instance, be shredded and made into delicious fishcakes. Golden and crispy on the outside but smooth on the inside, they can be served either as a starter or along with rice or salad. 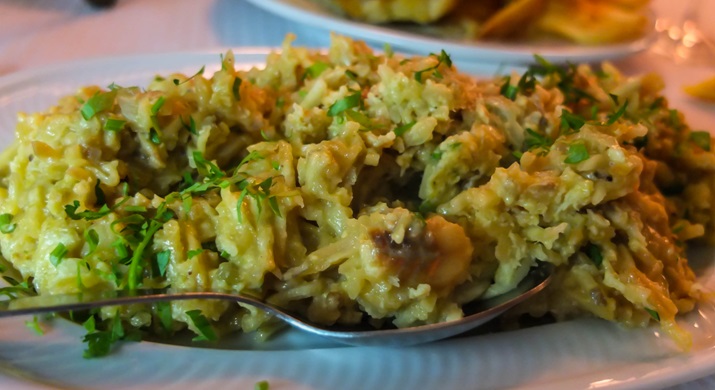 There is a lot of creativity involved in the making of cod-based dishes. For instance, if you sautée shredded codfish with onions and straw fried potatoes and mix that up with olives and parsley, you get bacalhau à brás. It’s so tasty and easy to put together, its popularity comes as no surprise.

A classic among smoked sausages and chouriços (type of sausage, typically made out of pork, encased in its natural intestine skin), alheira was created by the Jewish as part of an elaborate decoy to trick the Portuguese Inquisition into thinking they were Christian. Nowadays, this pork-free chouriço became a classic dish, frequently served with a fried egg and fries. Check out the recipe here. Back Pack Me – @piggybackrideAZ 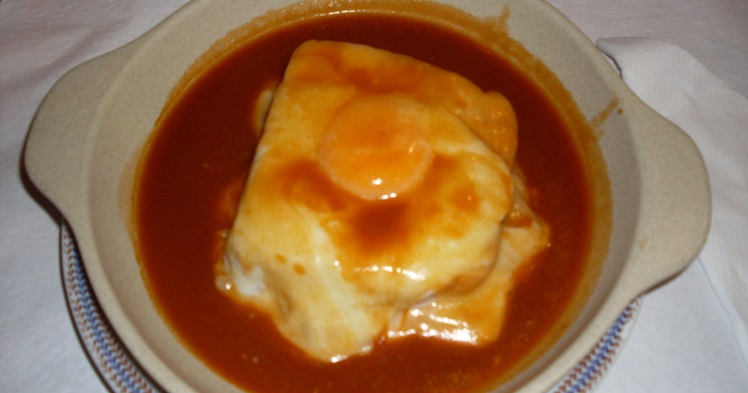 Here’s how you re-invent the concept of ham and cheese sandwich, kids: triple the cheese, add layer after layer of cured meat, and pour gravy to your heart’s content. This recipe from Oporto is like a French Croque Monsieur gone wild, which seems to justify its name (translated as ‘little French lady’) and its decadent flavour.

A traditional stew for meat lovers, this dish includes chicken, beef, pork and several pork and blood sausages. This hearty, meaty extravaganza has some vegetables as well, such as boiled carrots, beans and cabbage. The water used to cook all these goodies becomes a nutritive broth that you can either drink or use to cook rice.

There is a widespread and abundant use of seafood in Portuguese cuisine. Put everything you can get your hands on in a pot and you get caldeirada, a fish stew cooked with several types of fishes and shellfish, and covered in tomatoes and herbs. It’s a rich, thick and nutritious end to a long day at the beach. 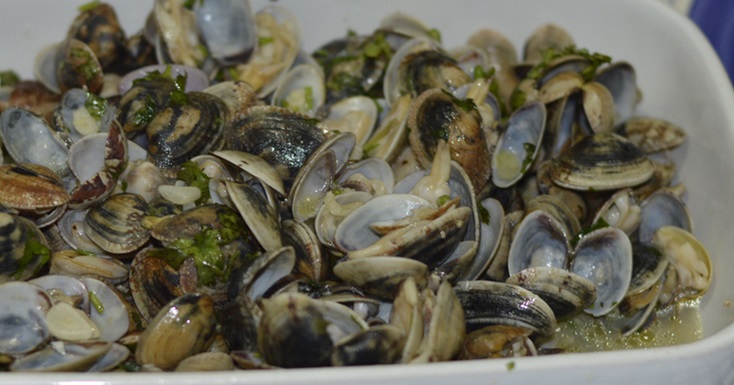 Do yourself a favour: grab a cold beer, bask in the afternoon sun, and order a serving of this tasty delicacy. This clam-based dish isn’t all about the chewy goodness inside the shells, but also about dipping pieces of bread into the glorious sauce, made of olive oil, cilantro, garlic and oftentimes white wine. Perfect for a lazy afternoon snack with friends.

This Serra cheese is made from the milk of sheep, and packs a sharp taste and gooey texture. For some unfathomable reason, it is almost unknown outside of Portugal. It ranges from soft and buttery to harder and with a more intense flavour, making it a cheese lover’s delight.

Making frequent appearances in celebrations like the traditional Portuguese festivities in honour of each city’s patron saints, caldo verde is a soup made of potatoes, onions, kale and slices of pork sausage (chouriço). It’s the perfect comfort food and can be served as a late supper, or just before any main meal.

Combining seaside freshness with a smokey tang from the grill, these charcoal-grilled sardines are the most typical dish in Lisbon. You can eat it in restaurants but also on the street, during the Santo António festivities in June. Whether they’re on top of a slice of corn bread, served with roasted pepper salad or boiled veggies, be sure to drench them in copious amounts of olive oil to get the full experience!

Garlic bread with a traditional Madeira island twist, this flat, circular loaf of bread is cooked in an artisanal basalt stone and is guaranteed to make your insides melt if served hot and crunchy. Some burger shops have even taken to use this bread to make their burgers extra typical, a great idea that, once you’ve tried it, you probably wished you’d come up with first.

Nothing more, nothing less than a duck risotto with a crispy surface, and covered in slices of pork chouriço. Before going to the oven, the duck is cooked to the point of tender perfection, soft once it reaches your mouth. With a glass of red wine, it is a guaranteed out-of-body experience. Check out the recipe here. rarelynx.com – @RareLynx

The pastel de Belém secret recipe was originally created by Catholic nuns, and is sold in a venue close to Mosteiro dos Jerónimos, in Lisbon. There is much heated debate over how different it is from the more well-known pastel de nata: to some, not different at all, with a different name simply because this particular variety is sold in the area of Belém. To others, it’s totally different, end of story. But trust us, it is different. It’s different! No, but really. You should try one for yourself and settle this matter once and for all.

In Portugal, egg-based desserts are quite common, with several regional varieties. A famous one is torta de Azeitão, a soft, spongey cake with sweet egg yolk spread on top, and rolled up to perfection. These tortas are a delight for the sweet-toothed, and a must-taste if you are passing by Azeitão.

If you think something is missing from your life, you need to try ovos moles: sweet, egg-yolk paste wrapped in paper-thin wafer in the shape of seashells. Even if it doesn’t solve your problems, it can definitely sweeten-up your day. Even notorious Portuguese 19th century author Eça de Queirós couldn’t deny, as he made a reference to this delicacy in his novel The Maias, something the city of Aveiro (from where the recipe comes from) is quite proud about. With good reason.

The quintessential Portuguese sponge cake, it is a popular dessert during Christmas and Easter and sold in most bakeries wrapped around stark white paper. Soft, simple and fluffy, pão de ló can be served alongside a scoop of ice cream or eaten as it is.

How could we not include octopus dishes in a list of Portuguese delicacies? I mean, how? Octopus (or polvo) is so special it is eaten in ceremonious occasions like Christmas Eve dinner. It is also commonly served as a starter course in most seafood restaurants, generally cold and along with onions, olive oil and parsley. Polvo à Lagareiro is a roasted octopus recipe, drenched in olive oil and served with baked potatoes. Check out the recipe here. foodfromportugal – @F_From_Portugal

If there is a dessert your Portuguese grandmother would lovingly make for you, it is arroz doce: a rice pudding cooked with lemon and sprinkled with cinnamon. It has that zesty, hot flavour that reminds you of Christmas, birthday parties and home. This cosy Portuguese treat is comfort by the spoonful, rest assured.

These egg pastries are made with fresh cheese, and are a staple of the lovely town of Sintra, only a 20 minute drive away from central Lisbon. If you are visiting the castle or just taking a walk through the woods, don’t forget to stop by the bakery and take a batch of queijadas with you, drizzled with cinnamon to make things even better. Check out the recipe here. easyportugueserecipes – @Easy-Portuguese-Recipes

Literally a ‘chocolate salami’, this sausage-shaped sweet is easy to make and sold in packages in most Portuguese supermarkets. While its origins are claimed by several countries in Europe, it is indisputable that the person who decided to mix powdered chocolate, butter, eggs and broken cookies was a woman (or man) of vision. 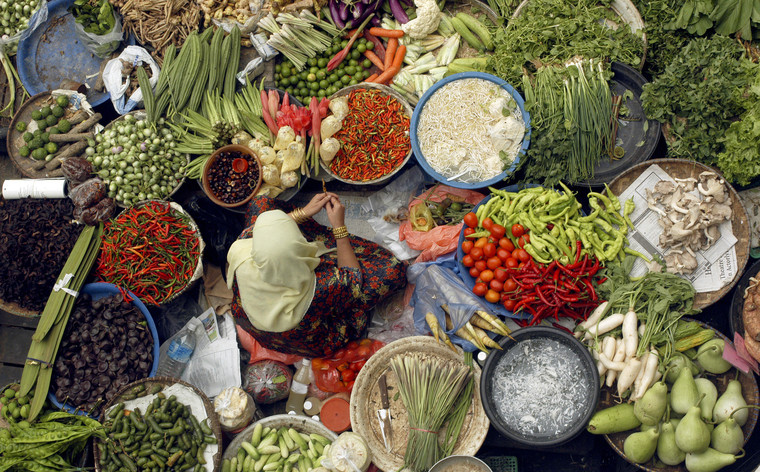 Authentic local dishes to try around the world 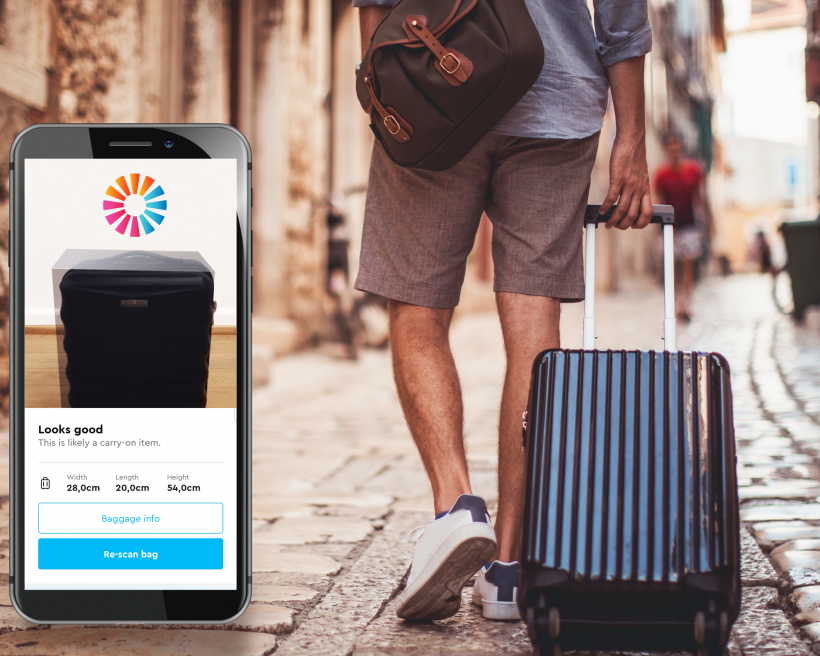 Keep on carrying on with momondo’s new Carry-On Checker 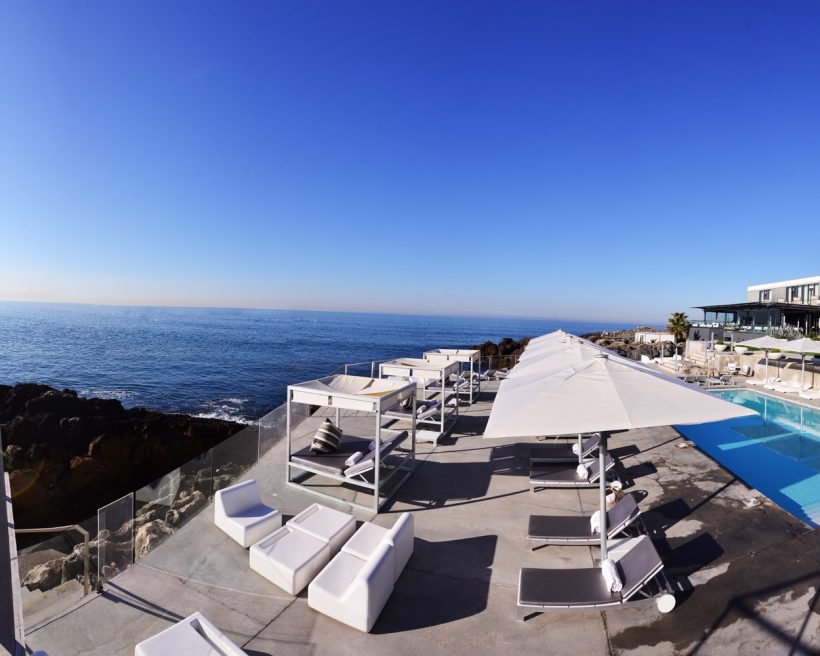