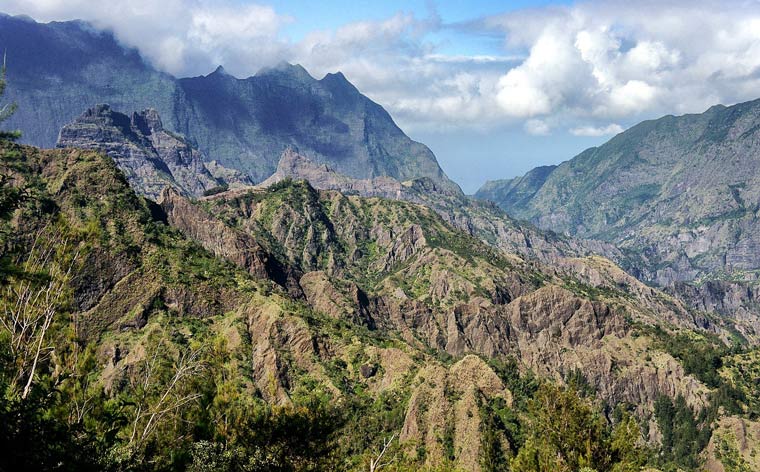 DiscoverBeachesRéunion Island: 10 days immersed in a diverse and rugged beauty

Looking for a small yet diverse island to escape it all? Here it is! Réunion Island has beaches, rainforests, rocky mountains and much more 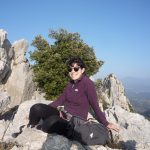 Located in the Indian Ocean to the east of Madagascar, Réunion Island has it all – beautiful beaches, tropical rainforests, dizzying 3000-metre high mountains and a colourful Creole culture. The island is a genuine melting pot of cultures. With no indigenous population, islanders tend to be of French, African, Indian, Madagascan, Chinese origin or – more often than not – a mix of them all. This ethnic diversity can be felt everywhere, from the music and architecture to the cuisine. The national dish is ‘cari’, meat stewed in a tomato sauce with fresh ginger, peanuts, garlic and kaffir lime. Réunion Island is incredibly compact – it takes just four and a half hours to drive the entire circumference. But despite this size, it has beautiful landscapes with enough sites to easily fill a 10-day trip, and the best way to see it all is by car.

Find a flight to Réunion
Hire a car in Réunion

Locals say the island is bestowed with a ‘gentle nature’, meaning that unlike its closest neighbours on the African continent, there are no dangerous animals to contend with and the only indigenous fauna are birds. That said, shark attacks have been on the rise, so swimming is strictly limited to authorised lagoons, which have been made safe with nets and are lifeguarded.

Located in the southern hemisphere, temperatures vary between 18-31 degrees Celsius (although it may drop to 4 degrees at a high altitude) and the island can be visited any time of the year, although December to March – the cyclonic period – is best avoided.

Tropical rain showers are expected throughout the year – so swallow your pride and pack a waterproof poncho. However, thanks to its mountainous terrain, the island is also famous for its microclimates; if it’s raining in one spot, a 20-minute drive will almost always bring you to blue skies and sunshine.

As an official French overseas territory, the local currency is the Euro and the local language is French.

Soak up the sun on the west coast 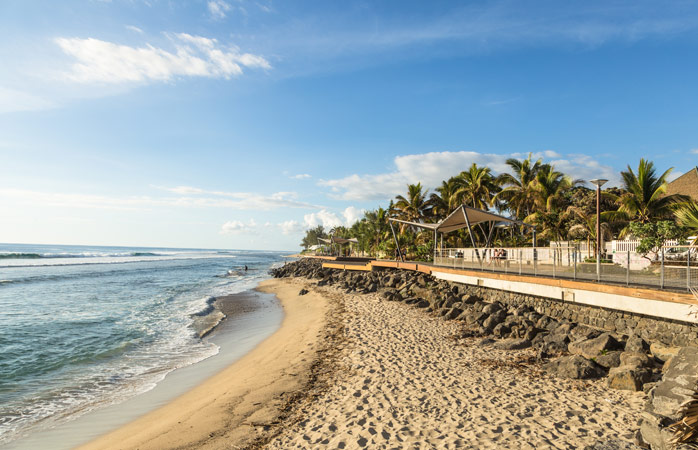 In comparison to the rest of the island’s offerings, there’s not much to draw in travellers to the capital, Saint-Denis; so instead head straight for the west coast beaches.

Saint Gilles is the best place to try scuba diving in guaranteed shark-free coral reefs. You’ll spot turtles, clown fish, colourful coral and an array of other marine life. At certain times of the year, dolphin and whale watching trips are also possible. The Bleu Marine Dive Centre offers several packages including an instructor, equipment hire and a boat trip.

The beaches lining the coast from Saint Gilles to Saint-Leu are some of the island’s finest – think palm-lined stretches of white sand, expansive swimming lagoons and laid-back beach bars. Uni Vert at La Saline les Bains is a top choice to enjoy cocktails, fruit juices and fresh seafood with your feet in the sand.

Learn about sugar and rum production 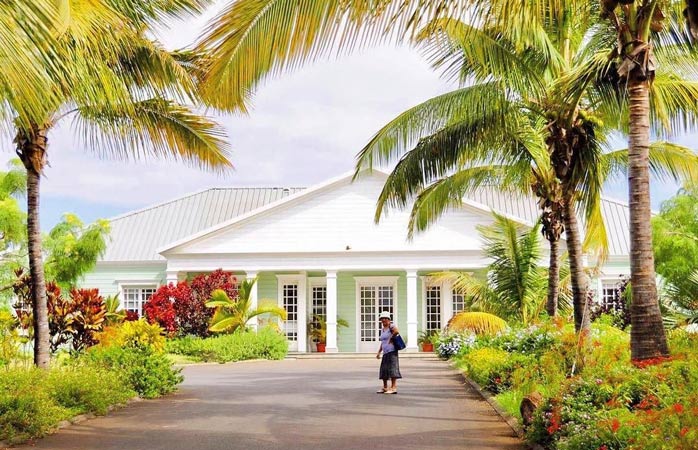 To get a sense of the island’s history, check out Stella Matutina, a sugar cane processing factory that has been transformed into a recently renovated, engaging and highly informative museum. The history of sugar in Réunion is essentially the history of the island itself, as it shaped the country’s slave trade, colonial past and economic importance. Cane plantations still cover the island and they remain the biggest source of employment. Located just outside Saint Leu, the museum brings all this to life with interactive displays and a 4D cinema.

There’s no need to have a sweet tooth to appreciate Réunion’s sugar industry. The island hosts several rum distilleries, and the Saga du Rhum in Saint Pierre is an excellent museum built in the oldest distillery, which still operates today. Opt for the guided tour which finishes in the bar with a rum tasting.

Find a hotel in Saint-Gilles

An exploration of the cirques of central Réunion 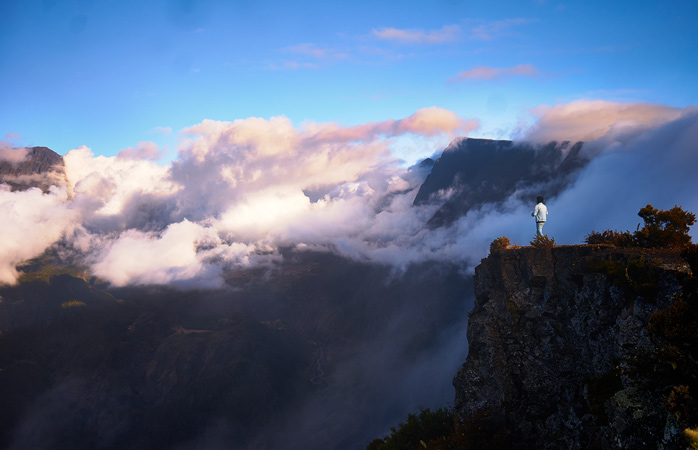 Réunion Island is a hiker’s paradise, famed for its cirques – plunging amphitheatre-like valleys with lush, green-covered mountains that soar up on all sides. There are three cirques – Salazie, Mafate and Cilaos.

Arguably the most impressive of them all, Mafate was first inhabited by slaves fleeing the lowland sugarcane plantations. As it’s enclosed by mountains, Mafate remains relatively remote; the only way to access it is by foot or by helicopter. With 140km of hiking trails and guesthouses dotted along the way, there are endless possibilities to suit all fitness levels. One three-day option is to start at Maido (a local bus will drop you off at the trailhead) and hike down into the valley through the hamlets of Roche Plate and Marla before ascending the ridge and hiking down into the Cilaos Cirque. 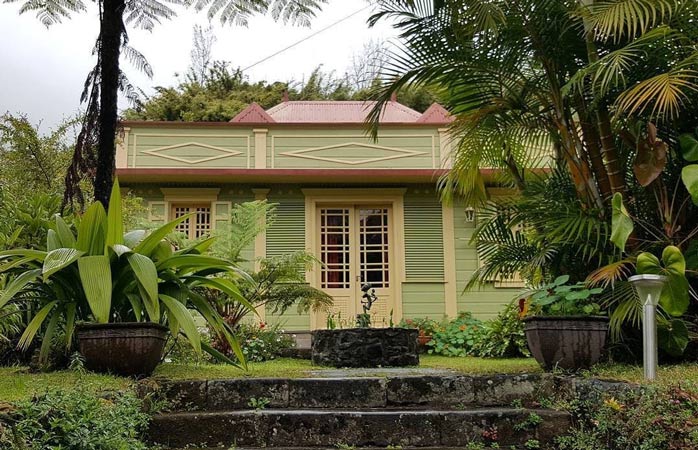 A visit to Hell Bourg, officially voted Réunion’s most beautiful village, will offer the chance to fill your camera with pictures of brightly coloured houses and flower-filled verandas. Even the drive to Hell Bourg is beautiful, snaking along the mountainside and passing directly underneath waterfalls that cascade onto the road (imaginatively called ‘pisse-en-l’air’ in Creole). Stay in one of the guesthouses spread around the area. It’s worth pre-ordering an evening meal and breakfast as well – most of the time, you’ll be served up a typical meal rounded off with fruit and spice-infused rum. In some guesthouses, you may have the chance to try orchid rum, infused with the flower of the caramel-tasting faham orchid that only special permit holders are allowed to pick.

Find a hotel in Cilaos

The ‘Sud Sauvage’ – volcanic adventures in the Wild South 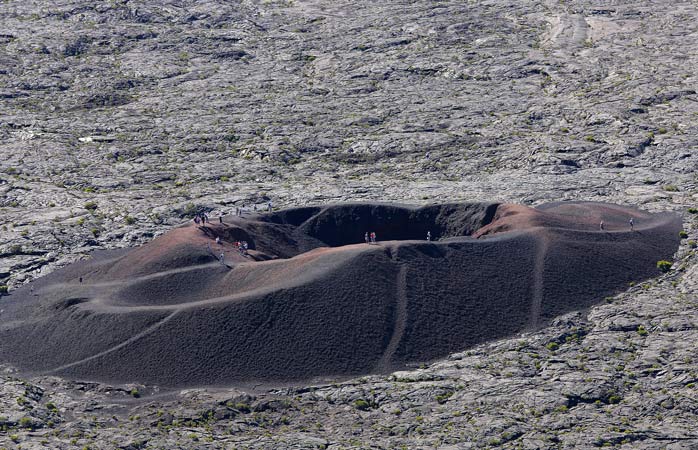 A tour of the Jardin des Parfums et Epices (Garden of Perfume and Spices) in Saint Philippe is a highlight of the southern coast. The garden is not very well sign-posted, so do book a knowledgeable guide who will point out the hidden gems among the 1,500 species of plants – from bright red cocoa beans to pink bananas, black orchids and scores of yellow star-fruit hanging from branches.

No visit to Réunion is complete without a trip to Piton de la Fournaise (meaning peak of the furnace) – Réunion’s active volcano that has erupted several times during the last 10 years. The volcano is not explosive, so it’s not dangerous but it nonetheless holds something of a mythical status among Réunioners. When it erupts, all roads are jam-packed with families of islanders eager to get a glimpse of the slow-flowing lava. Drive through the eerily scorched landscape of Le Grand Brûlé, where various eruptions over the years have razed the forest and left hardened black lava, to reach the base of the volcano before hiking to the crater.

It’s also worth a visit to Notre-Dame-des-Laves, the island’s most famous church that was spared by the volcanic eruption in the 1970s. The lava flowed up to the church doors then split and continued around it, leaving the church untouched. The black volcanic rock surrounding the church has been left as it was, and is an impressive – some would say miraculous – sight. 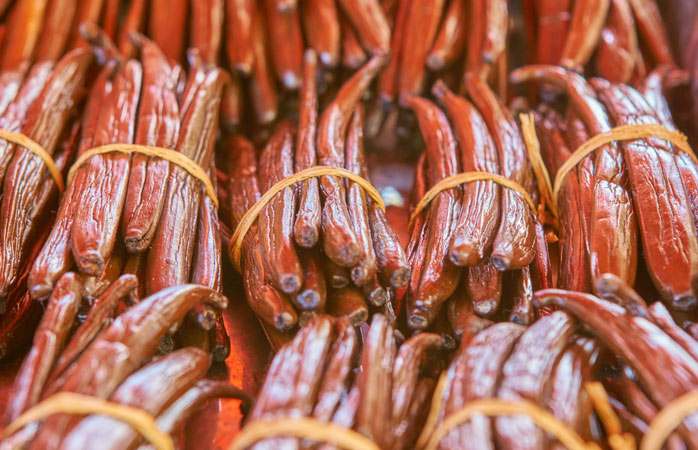 Continuing along the north-east coast, you will reach the ProVanille vanilla cooperative in Bras Panon. Alongside sugar, the history of Réunion Island is inextricably linked to vanilla – so much so that the island was originally called “Bourbon Island”. Although the vanilla orchid is originally from Mexico, it was a 12-year-old slave from Réunion named Edmond Albius who discovered how to pollinate the flower and grow vanilla pods, beating the top botanists of the time and perfecting a technique that is still used today. A guided visit of the cooperative will tell you about this history as well as how the world’s most popular flavour is grown and prepared.

Book a flight to Réunion now 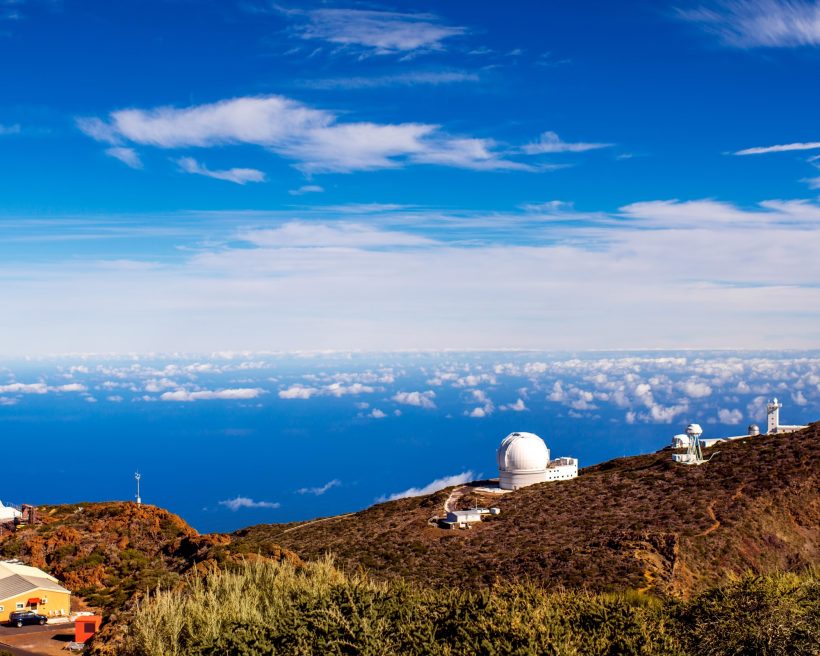 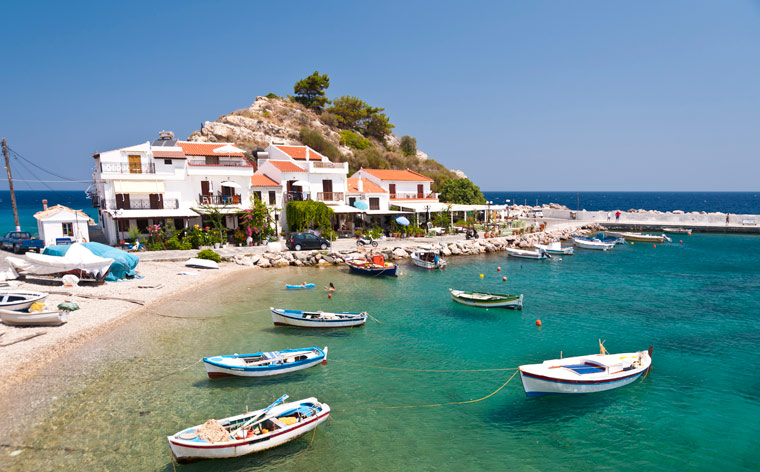 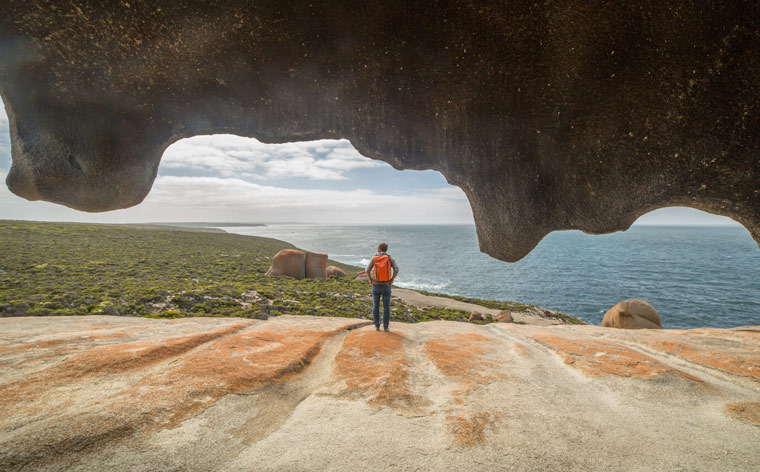 8 things to do on Australia’s Kangaroo Island

DiscoverBeachesRéunion Island: 10 days immersed in a diverse and rugged beauty