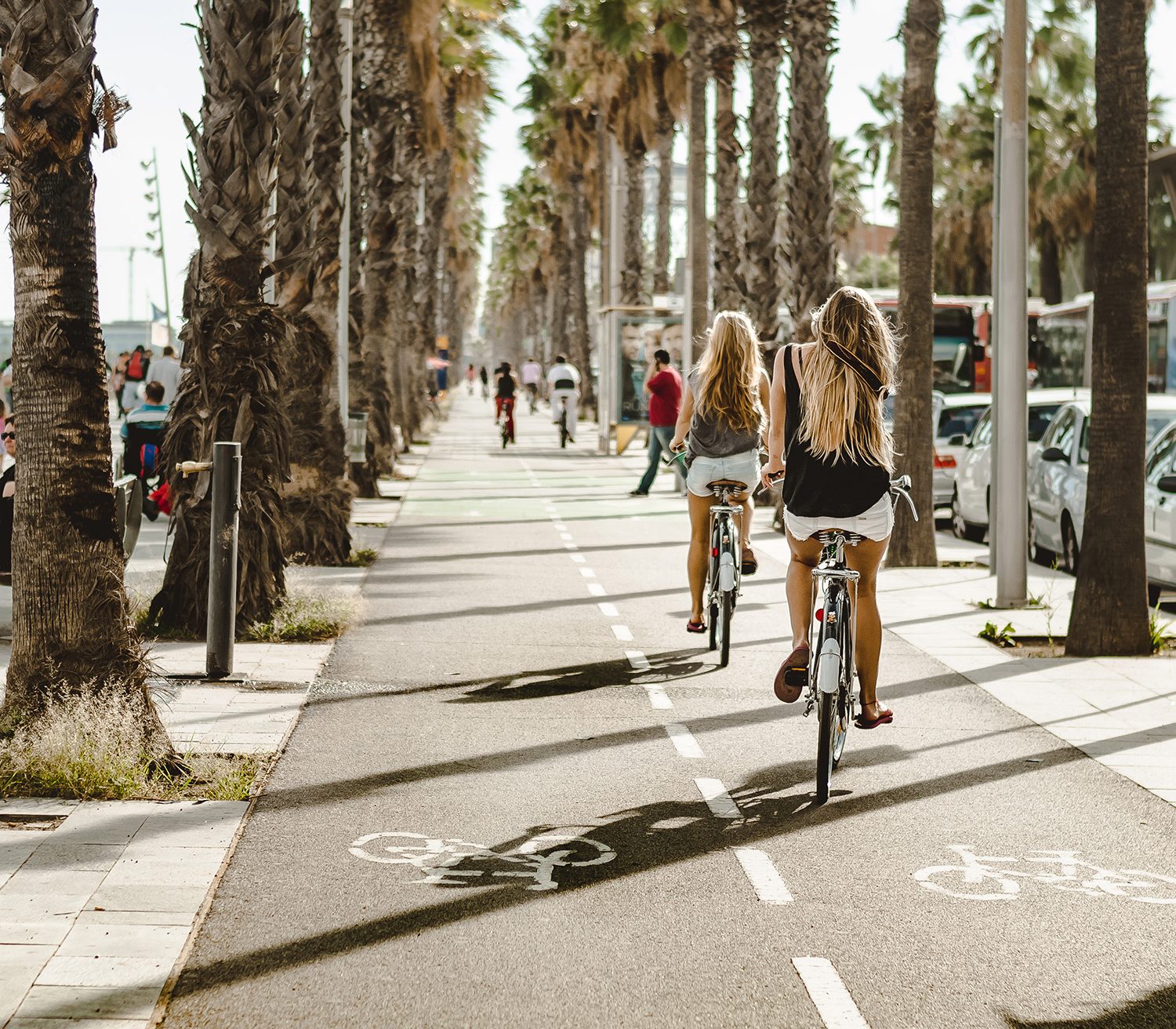 DiscoverCitiesHow to travel to Barcelona the sustainable way

Planning a trip to Barcelona? Travel with care to the Catalan capital with our sustainable guide

Pedal your way through the Catalan capital 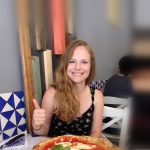 Beautiful weather, beautiful sights, beautiful food – nearly anything in Barcelona can be appropriately described as beautiful. Fortunately, beauty is more than skin deep in the Catalan capital. This is a city that’s constantly playing with new ideas, and one of the movements that’s truly caught on is sustainability.

From alternative sightseeing options to a thriving plant-based restaurant scene and eco-chic hotels, making the eco-friendly choice in Barcelona often feels like an indulgence, not a sacrifice. Planning a low-impact, environmentally friendly trip to Barcelona is not only possible – it’s a way to get in touch with the truly local vibe of the city.

How to get there

Obviously, the quickest way to get to Barcelona is by plane. For a quick search for flights, click on the link below.

Alternatively, you could embark on a train journey. Travel time from London to Barcelona is between 10-18 hours (depending on type of train) and will necessitate a transfer in Paris.

If you prefer taking the bus, travel time from London will be around 24-28 hours and you’ll need to transfer at least once, most likely in Paris.

Barcelona is home to a well-developed public transportation network, which makes getting around in a sustainable way effortless. It’s so good that it’s not uncommon to meet locals who have never learned to drive.
There are a few different sorts of public transportation you can take. Fortunately, you can use the same type of ticket across all the networks.

The easiest form of public transportation to use is the metro, which runs until at least midnight every night. A similar network that shares a few stops with the metro is the FGC commuter trains. The third train system is the Renfe-operated trains.

You can also take the bus to get around, and if you have an early flight to catch, the N16, N17 and N18 buses all go to the airport.

Because of its relatively small size, biking is a fantastic option to move around Barcelona. One great choice is Green Bikes Barcelona, which offers bike rentals and tours for both kids and adults. Alternatively, go for Donkey Republic – just download their app and find your next ride.

The city has an extensive network of bike paths so cyclists can bike comfortably and safely. You can check out a map of all of them on the city government’s website.

In recent years, Barcelona has begun to experience overtourism. That’s why now’s the perfect time to explore the sights that perhaps aren’t as well-known – and it’s also a more sustainable way to travel.
Let’s start with the Sagrada Familia, the second most-visited sight in all of Spain. The architecture is no doubt stunning, but so is the architecture at the Sant Pau Recinte Modernista, a former hospital with a similar whimsical style.

Gaudí is synonymous with Barcelona, and his beautiful houses built for Catalonia’s wealthy industrialists are iconic landmarks (and rightly so), but they aren’t the only ones worth seeing. Why not stop by La Casa de les Punxes, a a castle-like house designed for three sisters designed by the Modernista architect Josep Puig i Cadafalch? You could also swap a visit to Parc Güell for an afternoon at the Parc del Laberint d’Horta, with its beautiful 18th-century gardens and surprisingly tricky hedge maze. 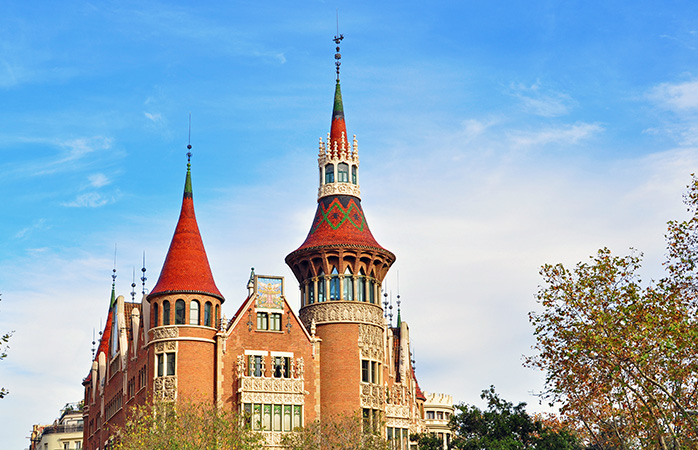 If you’d love to spend the afternoon enjoying the beautiful Barcelona weather, the Ciutadella Park might be on your list. But why not try the less-visited but much bigger Collserola park? This mountain overlooking the city is home to the largest metropolitan park in the world.

Another great place to enjoy the great outdoors is the Bunkers del Carmel, which is often listed as a local “hidden secret”. But the secret is well and truly out about this scenic viewpoint! Try the Jardins del Mirador at Montjüic instead. These pretty gardens high up on a hillside have sweeping views of the entire city, especially of the seaside.

If you’re more of a city slicker than a nature lover, you might have a bit of museum-hopping on your “to visit” list. The Picasso Museum is a wonderful museum, but tickets often sell out. Instead, try going to Nau Bostik, a former factory that’s now a social and cultural space with exhibitions about social issues and by local artists. It’s got the added bonus of hosting plenty of cool events, like vintage markets and street food festivals.

For shoppers, instead of going to the high street shops on Portal de l’Àngel, try exploring the Els Encants market. You can uncover tons of great local finds and second-hand gems here – perfect for reusing or upcycling.

And last but not least, you can’t mention Barcelona without mentioning the legendary FC Barcelona. Instead of seeing a game at Camp Nou, why not see FC Barcelona Femení play instead? Games at the Estadi Johan Cruyff or the Mini Estadi are cheap – even sometimes free. The best match-ups to snag tickets for are against Atlético Madrid in the Spanish league and Lyon for the Champions League.

Barcelona may have arrived later to the party than other cities, but it’s now well and truly on board with the sustainable eating and meat-free movements. New restaurants with creative takes on both local and international continually pop up around the city.

The reigning queen of the veg-friendly movement in the city is the small local chain Flax & Kale. Their restaurants specialise in flexitarian food – 80% of their menu is entirely plant-based, with the other 20% coming from fish.

If you’re looking for something on the go, A Tu Bola is your place. This hole-in-the-wall restaurant in the Raval offers gourmet street food at low prices. They have meat, fish and veggie options aplenty, and they exclusively use local vendors for everything served in their restaurant. 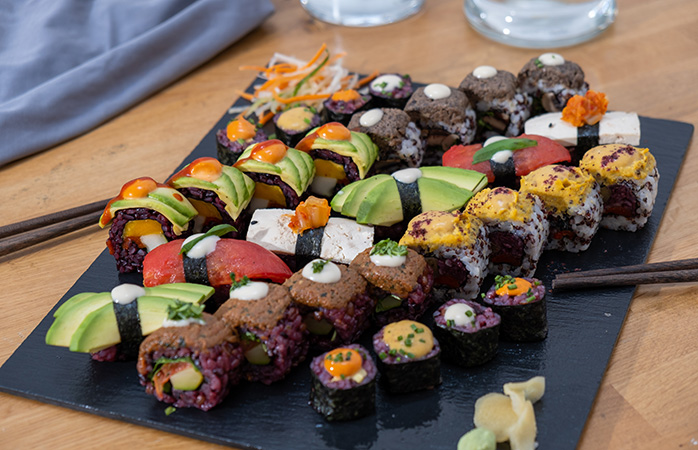 If you’d rather go somewhere that’s completely vegetarian, you’ve got plenty of choice in Barcelona. Why not try The Green Spot, located in the beachside La Barceloneta neighbourhood? Their food is designed to be “veggie for veggies and for non-veggies” as their slogan says.

If you’re fed up of veggie burgers being the only non-meat option on the menu, Rasoterra is the place for you. They serve up creative twists on bistro staples (with not a black bean burger in sight). You can also try Sésamo, which offers locally-inspired veggie dishes with an indulgent feel.

Speaking of vegan food, vegan restaurants are becoming increasingly popular, too. Väcka’s funky Gràcia restaurant features cool art, vegan cheese, great burgers (all plant-based, of course), and local craft beers. They even run workshops so you can learn how to make your own vegan cheese. 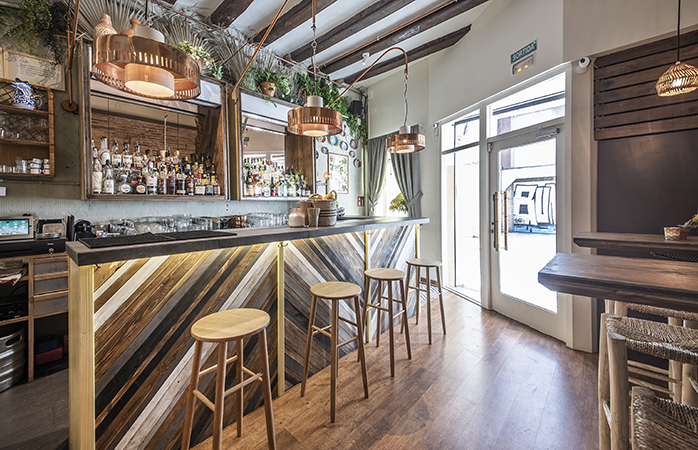 You can also head on down to the beach to check out Blu Bar, which serves tapas, pizzas, gourmet sandwiches, and more for a varied and interesting vegan menu. And if you’d rather try something different, Gallo Santo’s Mexican food and tasty cocktails is a winning combination.

There are lovely choices for sustainable accommodation in Barcelona for all sorts of price points.

For travelers on a budget

Casa Gràcia – a stylish hostel in the equally stylish Gràcia district, Casa Gràcia has both a sunny outdoor terrace and a secret basement bar.
What makes it green? Upcycled furniture all over the place, plus a strong commitment to supporting local events and culture.

For travellers with a little more to spend

Hostal Grau – this eco-friendly boutique hotel has a laid-back lounge, perfect spot for enjoying a glass of the organic wines they offer.
What makes it green? Every inch of the hotel is made from natural and organic materials (even the paint), and the building is designed to make a minimal environmental impact.

Yurbban Trafalgar Hotel – if the 360-degree view from the rooftop pool wasn’t enough to convince you, its sleek industrial-inspired interiors might do the trick.
What makes it green? The building has a Class A certification thanks to multiple features, including a smart climate-control system and thermal insulation.

For travelers looking for luxury

Hotel Neri – what is now an upscale hotel was once a pair of houses for the aristocracy, giving the place a sophisticated feel.
What makes it green? Sustainable energy and water usage management, along with the of natural materials for the interiors and furnishings.

Hotel Pulitzer – this urban oasis is filled with natural light and leafy green plants and offers true indulgent relaxation.
What makes it green? It won the Biosphere Responsible Tourism certificate, to start, as well as its homemade breakfast made from “km 0” local foods. 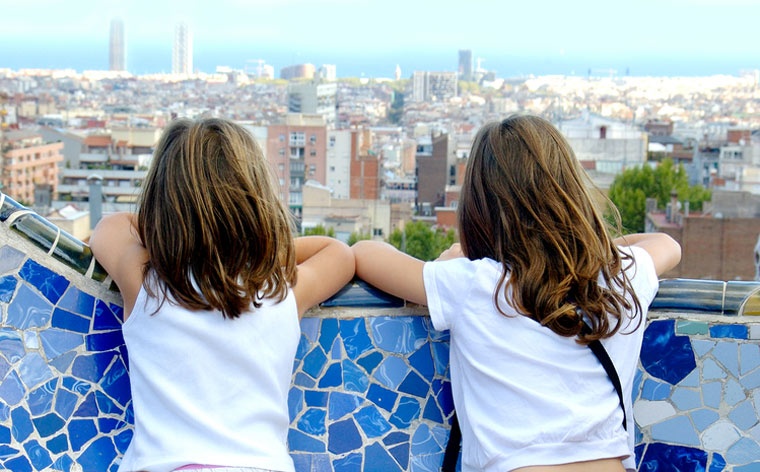 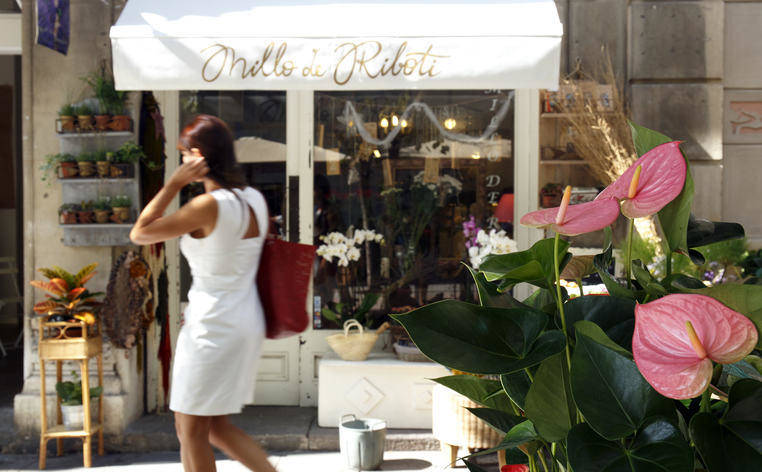 Shop ’til you drop: 10 of the best shops in Barcelona

DiscoverCitiesHow to travel to Barcelona the sustainable way