Find the best deals on 2,801 hotels in Amsterdam, Netherlands

Find the perfect Amsterdam hotel for business or leisure

Things to do in Amsterdam

How much are hotels near De Dam?

How much are hotels near Amsterdam RAI?

How much are hotels near Leidse Square?

momondo users have recommended 12 hotels to users looking to stay near Leidse Square. Hotels in this area have an average price of £81 per night. These prices may change based on several factors, such as time of year. Hotels near Leidse Square are typically 21% less expensive than the average hotel in Amsterdam, which is £103.

Search for hotels in these Amsterdam neighbourhoods

When to book a hotel in Amsterdam

Let us help you with the best tips about Amsterdam

Amsterdam discount cards and city passes get you into the museums and attractions for a single discounted ticket price. The Amsterdam Holland Pass gives you free access to top museums, and you can purchase packages of 3, 4, or 6 tickets per card. Prices for the Holland Pass start at €40 EUR. The I Amsterdam City Card is the city’s official pass. It comes in packages of 24 – 96 hours. Major museums are included with the city pass card, prices start at €57 EUR and up.

Amsterdam has taxis, but rarely do you need one. Routes for public transportation start at Amsterdam Central Station and spiral outward. The network drops you within walking distance of most attractions. You also have bus services, including the night bus. Get a 1-day pass for all Amsterdam public transportation for approximately €7.50 EUR per 24-hour period. Bikes are also available to rent. For a 3-hour rental, you can expect to pay €7 EUR or more. However, you will find better rates when you rent for a longer period. When walking around the city, watch out for bicycles. The city has more bicycles than people, and riders do not always look out for pedestrians.

Do a canal tour

While the city has the hop-on-hop-off bus option, you get the best views and experiences with canal tours. You will not have to deal with so many pedestrians, cyclists or traffic jams.

Amsterdam is one of the least friendly for non-European bank-issued cards. Bring cash or use a Maestro card.

How much does a hotel in Amsterdam cost per night?

Hostels and cheap hotels in Amsterdam

Get the best value hotel in Amsterdam

Where to stay in Amsterdam

Best places to stay in Amsterdam

Amsterdam is more than just the capital city of The Netherlands. It is rich in artistic heritage, features an elaborate canal system and still displays most of its 17th century Golden Age architecture. In the Museum District alone, you have more than enough to explore, including the Van Gogh Museum. Whether you are an avid backpacker strolling through or a tourist family, Amsterdam has something for you. Amsterdam is by far the most populous municipality of the Kingdom, and it is the centre of the television industry, especially live television shows. While the city’s predominant language is Dutch, you will find most shop owners and locals speak English quite fluently. You will also notice another trend: cycles. Dutch residents are not fans of vehicles, but they do love their two wheels. In fact, the households of Amsterdam collectively own almost 1 million bicycles.

Amsterdam-Centrum is the tourist hotspot of Amsterdam. It is the most popular, even for a short stay and it is the oldest part of the city. Here, you can walk or cycle to everything and most people speak English in the Centrum district to accommodate visitors. Stay at the cosy Luxury Suites Amsterdam where you get a free ride to and from the airport, free breakfast and a stay right on the canal.

Jordaan is the polar opposite of Centrum. Everything here is clean, charming and almost like a small village within the city. The streets are smaller compared to other neighbourhoods, you have more canals weaving through and you have a mixture of traditional and quaint shops to browse. Hotel Cappuccino is a beautifully restored building right in the heart of Jordaan. For a more boutique-like accommodation, stay at the Hotel Mr. Jordaan at Bloemgracht.

This area of Amsterdam is UNESCO-protected and looks the same as it did 400 years ago, aside from restorations. It is by far one of the most aesthetically pleasing areas of the city. Here you have designer hotels, eateries, boutique shops and an area rich in history to enjoy. Stay at the modern Zoku Amsterdam hotel, featuring tiny-house style accommodations. The Toren Hotel Amsterdam is a vibrant, charming boutique hotel with 38 rooms all uniquely styled for their guests.

If you plan to spend most of your time in Amsterdam browsing the museums and art galleries, Museum Quarter is where you want to stay. From here you can walk to the famous museums, eat at the fancy restaurants and enjoy the tranquillity of Vondelpark. Pillows Anna Van Den Vondel Amsterdam overlooks the park and gives you a personalised hotel stay in the city.

Oud West is the culturally diverse sector of Amsterdam that mixes commercial with residential. If you want hidden gems that locals enjoy, Oud West is where you want to stay. You will not find many tourist attractions here, but you do have hotels like the Hotel Espresso City Centre and the Grand Hotel Downtown Amsterdam for accommodations.

Hostels offer a safe place to stay and are also a budget-friendly accommodation arrangement. The Flying Pig Hostels in downtown and uptown Amsterdam have private dormitories and youth rooms with fully-equipped kitchens. The Hostel Amsterdam Zeeburg is in the eastern area of the city and just 15 minutes from the historic city centre. It features a café and private dormitories. If you prefer something more private, try The Student Hotel Amsterdam City that has modern, fresh hotel rooms in a fairly new and evolving neighbourhood. The Apollo Hotel Amsterdam is centrally located and has a café overlooking the canal, but still offers a relatively affordable stay.

What to do in Amsterdam

Each neighbourhood in Amsterdam is unique and most are within cycling or walking distance from major attractions and historical sites. Some areas are heavily populated by tourists, while others are more frequented by locals only. When you are here, pick a neighbourhood for each day, explore the sights, taste the food of the Netherlands and mingle like a local.

How long do people stay in Amsterdam?

3 nights is the typical length of stay for people visiting Amsterdam.

How much does a hotel cost in Amsterdam?

Hotels in Amsterdam show a range of prices for their rooms. These are determined by factors such as availability, locale and amenities. On average, rooms will be around £75 per night.

When is the best time to book a hotel in Amsterdam?

Hotels in Amsterdam are usually cheapest during the month of January. You can expect a price decrease of around 26% during this period.

Which day is cheapest to stay in Amsterdam?

The cost of a Amsterdam hotel room will vary for each day, but generally Saturday works out the most economical, with Friday proving the least economical.

How much does a hostel in Amsterdam cost?

Per person, per night, a hostel in Amsterdam (or a sub 2-star rated hotel) is priced at £48, on average. This price is £27 cheaper than your average Amsterdam hotel.

Based on the weather in Amsterdam, what attractions are popular during April?

With an average temperature of 8 °C and expected precipitation of 30 mm, April is a great month to explore the outdoors near Amsterdam.

Learn more about these user-preferred hotels in Amsterdam 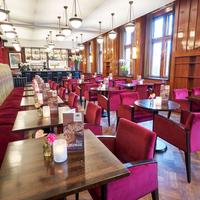 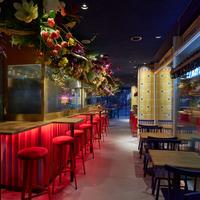 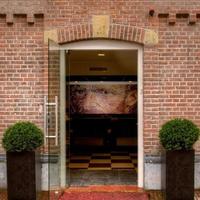 Start planning your trip to Amsterdam

Get the latest Amsterdam flight insights

Experience Amsterdam from behind the wheel! Learn more about the best car hire deals

Get to Amsterdam by train as an alternative to flying. Learn more about the best train deals here.

Enjoy a relaxing journey by bus. Learn more about buses to Amsterdam here.

Not set on Amsterdam? Search the best deals on hotels in these destinations