Find the best deals on 293 hotels in Cromer, England

Find the perfect Cromer hotel for business or leisure

Things to do in Cromer

Are there hotels available near Cromer Beach?

If you’re planning on staying at any of momondo’s recommended hotels in the area of Cromer nearest to Cromer Beach, you should expect to pay around £104/night. This price fluctuates based on time of year. In general, a rate under £104/night is a good deal for momondo users staying near Cromer Beach. Hotels near Cromer Beach are typically 11% more expensive than the average hotel in Cromer, which is £92.

When to book a hotel in Cromer

Let us help you with the best tips about Cromer

Which neighbourhoods in Cromer should I stay in if I want access to public transport?

Cromer is a popular coastal town in the north of Norfolk. Getting around the town is easy, as multiple bus routes run through the town as well as a train. Cromer has 11 different bus routes, some of which also cater for other towns in the area. Bus stops can be located on all the main roads at easy-to-find locations. If you are looking to take the train, which can also take you to neighbouring towns, go into the town centre and you will find the station on Holt Road. Hotels in Cromer that are close to public transit points are Fangles Cottage and Wood Grange Cottage, which are both located on the main road.

How much does a hotel in Cromer cost per night?

Hostels and cheap hotels in Cromer

Get the best value hotel in Cromer

Where to stay in Cromer

What neighbourhood in Cromer should I stay in based on why I’m travelling?

Cromer is a great place for a family holiday or business trip. Some Cromer hotels that are good for families are Lester House and Merchants Court. Both properties can cater for a big family and are close to the beach. If you are looking for something a bit smaller, for the business traveller, you may want to stay at 2 Warwick House or Virginia Court Hotel. Both accommodations offer a quiet working space that is more than enough room for a single guest.

Learn about attractions and sights in Cromer

What are the most popular attractions in Cromer?

Cromer has many popular attractions to enjoy while on your holiday. As Cromer is a seaside town, it has a variety of beautiful beaches; one of particular interest is Cromer Beach. Next to Cromer Beach is Cromer Pier, which is another great attraction to visit. Cromer is also home to Cromer Parish Church, which is a beautiful church with massive stained glass windows. RNLI Henry Blogg Museum is another great visit during your stay. If you are looking for a cheap hotel in Cromer that is close to these attractions, Albury House is just around the corner from Cromer Beach and Pier.

Which neighbourhoods in Cromer have a large selection of bars and restaurants?

Cromer has a variety of events that occur throughout the year. One of the main events is Cromer Carnival, which takes place in the third week of August every year. Another popular festival that takes place is COAST Arts, usually held in October. Crab and Lobster Festival is also a must-see due to the beautiful fresh crab and lobster that is available in Cromer. Book hotels in Cromer that are close to these festivals by booking through momondo. Some recommendations are The Little Crab Hut or Mount Lavinia.

How long do people stay in Cromer?

Visiting Cromer for 2 nights is the most common choice for our users.

How much does a hotel cost in Cromer?

A hotel room in Cromer will generally set you back around £124 per night. This figure is an average and prices will vary according to the facilities, location and room availability at your desired hotel.

When is the best time to book a hotel in Cromer?

The cheapest month to book a hotel in Cromer is January. The cost of your room could be as much as £34% cheaper than in peak months.

Which day is cheapest to stay in Cromer?

Saturday is the day where you will typically find the lowest price for your hotel room in Cromer. The highest price tends to be on Friday.

Learn more about these user-preferred hotels in Cromer 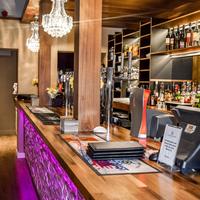 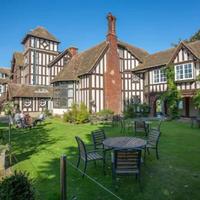 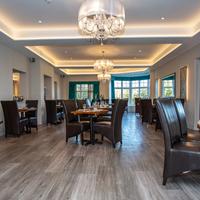 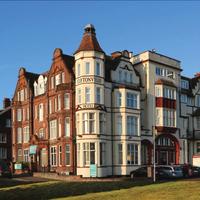 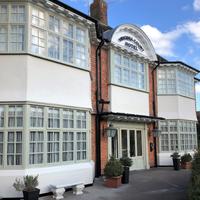 Start planning your trip to Cromer

Get the latest Cromer flight insights

Get to Cromer by train as an alternative to flying. Learn more about the best train deals here.

Enjoy a relaxing journey by bus. Learn more about buses to Cromer here.

Not set on Cromer? Search the best deals on hotels in these destinations