Find the best deals on 8,734 hotels in Kerala

Below are the average prices for hotels in popular Kerala cities

Find your perfect Kerala hotel in the perfect location 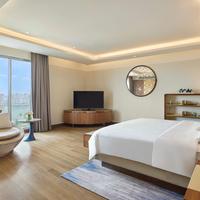 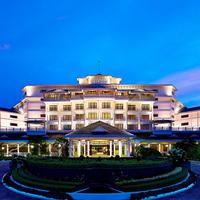 Things to do in Kerala

What should I expect to pay for a hotel room near Kovalam Beach?

Are there hotels available near Varkala Beach?

Stay in these Kerala cities

Looking for a Kerala getaway? Check out the hotel deals in these cities

What is the most popular destination in Kerala?

Those looking to stay in a popular tourist area of Kerala will likely find Kochi to be the best bet, as more momondo users looking for hotels in Kerala plan to visit Kochi than any other city. The average price of a hotel in Kochi is £72/night. Secondary destinations in Kerala include Thiruvananthapuram and Munnar, where you can find hotels for £109/night and £80/night on average.

What is considered a good deal for a hotel in Kerala?

The absolute cheapest price found in Kerala was for £2/night. The average rate for a hotel in Kerala is £40/night, so momondo would consider anything under £40/night to be a good deal for our users.

What are the best hotels in Kerala?

Grand Hyatt Kochi Bolgatty, located in Kochi, is the top-rated hotel in Kerala with a rating of 92. The next best rating is a 92 which was given to Oyo 8214 Malabar Plaza Residency 1 by momondo users. The third-highest rated hotel is The Panoramic Getaway, which was rated a 91 by momondo users familiar with the hotel.

Start planning your trip to Kerala

Get the latest Kerala flight insights

If you need more inspiration for your trip, take a look at the most popular regions in India