Find the best deals on 95 hotels in Newbury, England

Find the perfect Newbury hotel for business or leisure

Things to do in Newbury

How much are hotels near Newbury Racecourse?

Hotels near Newbury Racecourse are typically 19% less expensive than the average hotel in Newbury, which is £61.

The Elephant at The Market

Spacious, bright, central apartment for up to 4

How much are hotels near Donnington Castle?

momondo users have recommended 11 hotels to users looking to stay near Donnington Castle. Hotels in this area have an average price of £47 per night. These prices may change based on several factors, such as time of year. Hotels near Donnington Castle are typically 23% less expensive than the average hotel in Newbury, which is £61.

How much are hotels near Sandham Memorial Chapel?

When to book a hotel in Newbury

How much does a hotel in Newbury cost per night?

Hostels and cheap hotels in Newbury

Get the best value hotel in Newbury

How long do people stay in Newbury?

On average, people stay in Newbury for a total of 1 night.

How much does a hotel cost in Newbury?

£84 per night is the average rate for a room when booking a hotel in Newbury. Prices will differ depending on factors such as star rating, time of year and location.

When is the best time to book a hotel in Newbury?

April is the cheapest month to book a hotel in Newbury. Prices can be £23% lower than other, busier months, so this is a great time to get a good deal.

Which day is cheapest to stay in Newbury?

Saturday is the day where you will typically find the lowest price for your hotel room in Newbury. The highest price tends to be on Monday.

Learn more about these user-preferred hotels in Newbury 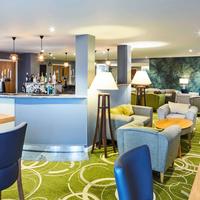 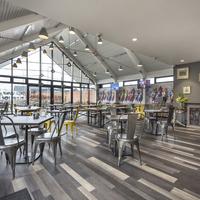 Start planning your trip to Newbury

Get the latest Newbury flight insights

Experience Newbury from behind the wheel! Learn more about the best car hire deals

Get to Newbury by train as an alternative to flying. Learn more about the best train deals here.

Enjoy a relaxing journey by bus. Learn more about buses to Newbury here.

Not set on Newbury? Search the best deals on hotels in these destinations