Find the best deals on 187 hotels in Newport, England

Find the perfect Newport, Wales hotel for business or leisure

Things to do in Newport, Wales

Are there hotels available near Newport Cathedral?

Hotels near Newport Cathedral are typically 21% less expensive than the average hotel in Newport, which is £61.

Are there hotels available near Tredegar House?

Are there hotels available near Newport Stadium?

At home in the city serviced apartments Newport

When to book a hotel in Newport, Wales

Let us help you with the best tips about Newport

Which neighbourhoods in Newport should I stay in if I want access to public transport?

If you are intending to travel into Newport itself, then you will find that an easy way to do so is via train, to eventually reach Newport’s main railway station. When you’re in the city, you can use the frequent network of buses that can take you around easily. If you want a hotel in Newport that’s located close by to Newport Railway Station, then choose the three-star Gateway Hotel. The hotel offers Wi-Fi free of charge to all of its guests and is also located quite close to Friars Walk Newport and Newport Cathedral.

How much does a hotel in Newport, Wales cost per night?

Get the best value hotel in Newport, Wales

Where to stay in Newport

What neighbourhood in Newport should I stay in based on why I’m travelling?

The city of Newport is gifted with lots of neighbourhoods, all of which specialise in their own offerings and are family friendly. If you are travelling for business purposes, then consider staying in the city centre to make sure that you have good walkability to neighbouring landmarks, venues and buildings. Otherwise, some popular neighbourhoods include Stow Hill District, Rogerstone District and Caerleon District. Choose one of the hotels in Newport, like ibis budget Newport; this two-star hotel is just a few minutes away from the city centre by car.

Learn about attractions and sights in Newport

What are the most popular attractions in Newport?

This city is gifted with lots of exciting attractions, and every member of the family will find something enjoyable for themselves. Intriguing to most people, enjoy some of the top attractions in Newport like National Roman Legion Museum, Newport Transporter Bridge, Caerleon Roman Fortress Baths, Newport Museum and Art Gallery, Newport Cathedral, Belle Vue Park, along with much more. If you want cheap hotels in Newport near some of these attractions, then choose the three-star Holiday Inn Express Newport. This hotel is close to the attraction Tredegar House.

Which neighbourhoods in Newport have a large selection of bars and restaurants?

If you want to enjoy the nightlife in Newport, then you’ll find that the leading bars, restaurants and clubs will allow you to do just this. You should book hotels in Newport city centre if you want to have good accessibility to the top venues. Enjoy some of the top clubs in Newport like Warehouse54, The Loft, Blind Tiger, Atlantica Bar & Club, Chameleons Club Newport, Gaer Park Club & Institute and Bettws Social Club, along with many more. Consider booking the Newport hotel Night Lodge if you want to be located in the heart of Newport, in its city centre. The hotel also offers free Wi-Fi to all of its guests.

There are lots of events that are held in Newport, all of which are intriguing to tourists, visitors and residents alike. Depending on what time of year you’re due to travel to Newport, you will find the selection of events will differ in choice. Some of the top events include Party At The Park, Newport Gin Festival, Whitney: Queen of the Night and RuPaul’s Drag Race UK: The Official Tour. Choose well-recommended hotels with good accessibility like the four-star Coldra Court Hotel by Celtic Manor. The hotel has nearby attractions like Newport Cathedral and Peterstone Lakes Golf Course.

How long do people stay in Newport, Wales?

The average length of stay in Newport, Wales is 1 night.

How much does a hotel cost in Newport, Wales?

On average, rooms will be priced around £62 per night when booking a hotel in Newport, Wales; however the price you pay for your room will vary significantly depending on seasonality, location and facilities.

When is the best time to book a hotel in Newport, Wales?

The cheapest month to book a hotel in Newport, Wales is June. The cost of your room could be as much as 45% cheaper than in peak months.

Which day is cheapest to stay in Newport, Wales?

The cost of a Newport, Wales hotel room will vary for each day, but generally Monday works out the most economical, with Friday proving the least economical.

How much does a hostel in Newport, Wales cost?

On average, a hostel in Newport, Wales will be priced around £44. This price will be per person, per night and was obtained using hostel and 2-star or below hotels. In comparison, this will be £19 lower than your typical Newport, Wales hotel.

Learn more about these user-preferred hotels in Newport 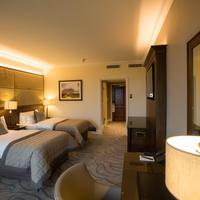 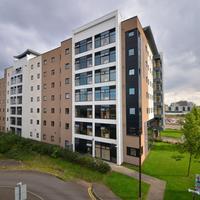 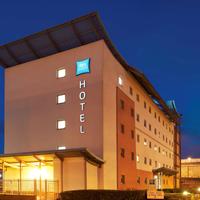 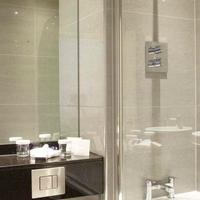 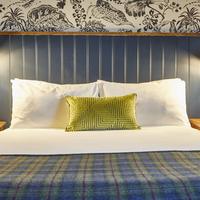 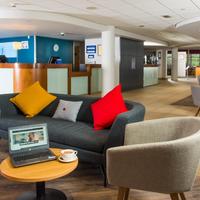 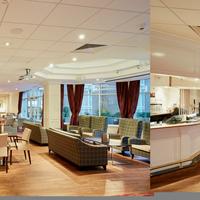 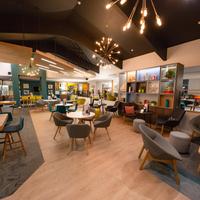 Get the latest Newport flight insights

Experience Newport from behind the wheel! Learn more about the best car hire deals

Get to Newport by train as an alternative to flying. Learn more about the best train deals here.

Enjoy a relaxing journey by bus. Learn more about buses to Newport here.

Not set on Newport, Wales? Search the best deals on hotels in these destinations