Find the best deals on 571 hotels in Skiathos, Greece

Find the perfect Skiathos hotel for business or leisure

Things to do in Skiathos

Are there hotels available near Megali Ammos Beach?

Are there hotels available near Kastro Beach?

Below are the 6 user recommended hotels in the area of Skiathos that is closest to Kastro Beach. The average price near Kastro Beach is £230/night, with prices varying based on several factors including time of year. Hotels near Kastro Beach are typically 83% more expensive than the average hotel in Skiathos, which is £39.

Are there hotels available near Lalaria Beach?

If you’re planning on staying at momondo’s recommended hotel in the area of Skiathos nearest to Lalaria Beach, you should expect to pay around £38/night. This price fluctuates based on time of year. In general, a rate under £38/night is a good deal for momondo users staying near Lalaria Beach. Hotels near Lalaria Beach are typically 2% less expensive than the average hotel in Skiathos, which is £39.

When to book a hotel in Skiathos

How much does a hotel in Skiathos cost per night?

Hostels and cheap hotels in Skiathos

Get the best value hotel in Skiathos

How long do people stay in Skiathos?

On average, people stay in Skiathos for a total of 7 nights.

How much does a hotel cost in Skiathos?

The cost of a hotel room in Skiathos will vary according to demand, location and star rating. On average, rooms will cost around £65 per night.

When is the best time to book a hotel in Skiathos?

Room prices for hotels in Skiathos can be as much as 58% lower in the month of November. So this is a great time to book and save money.

Which day is cheapest to stay in Skiathos?

At the moment the cheapest day to stay in a hotel in Skiathos is Tuesday, with Wednesday being the most expensive.

How much does a hostel in Skiathos cost?

£42 is how much a hostel (and up to 2-star hotels) in Skiathos could cost you each night. Booking a hostel could save you £23 when compared to the average price of a hotel in Skiathos.

Based on the weather in Skiathos, what attractions are popular during June?

Temperatures in Skiathos are typically around 22 °C during June and the chance of rain is low, which makes June the perfect time to spend some time outside at popular area attractions like Megali Ammos Beach, Megali Ammos Beach, and Platanias Beach.

Learn more about these user-preferred hotels in Skiathos 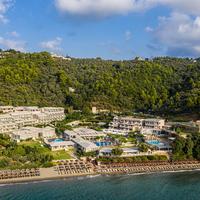 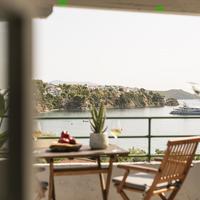 Start planning your trip to Skiathos

Get the latest Skiathos flight insights

Experience Skiathos from behind the wheel! Learn more about the best car hire deals

Not set on Skiathos? Search the best deals on hotels in these destinations