Find the best deals on 2,175 hotels in Auckland

Things to do in Auckland

What is the average price of a hotel near Auckland Art Gallery Toi o Tāmaki?

Hotels near Auckland Art Gallery Toi o Tāmaki are typically 32% more expensive than the average hotel in Auckland, which is £65. 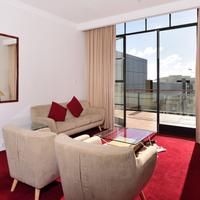 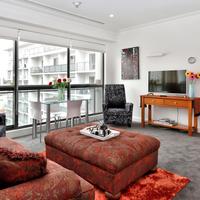 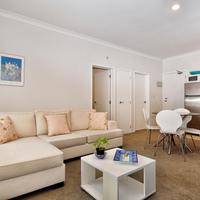 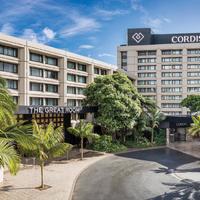 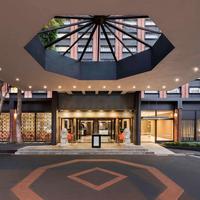 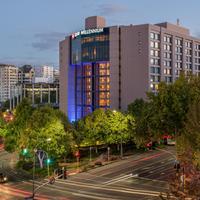 What is the average price of a hotel near Old Government House?

What is the average price of a hotel near Stardome Observatory & Planetarium?

No. 3 most popular
Luxury Seven-Bedroom Villa With Private Swimming Pool

No. 4 most popular
Home Away outside Home

No. 5 most popular
Home Away From Home Royal Oak Auckland

Studio on One Tree Hill

Search for hotels in these Auckland neighbourhoods

When to book a hotel in Auckland

Let us help you with the best tips about Auckland

Auckland’s weather is mild and quite favourable. It has a subtropical feel to it and no matter what the season, most attractions stay open year-round. However, you want to avoid the heavy tourist season, which is from November – March. When tourist numbers begin to drop, you also notice cheaper hotel rates and shorter queues at attractions. Ideally, May – September gives you the best weather, fewer rainstorms to deal with and the city is less crowded.

How to get around Auckland

If you stay in the CBD, you can walk to most attractions. Cycling is also popular throughout the city. Numerous cycle paths are in the city, and you can rent a bicycle from a local vendor. Auckland Transport (AT) is the main public transportation for Auckland. You can use their journey planner on the app, and the AT covers everything from the train to ferry to bus routes. The best value comes from an AT HOP day pass, which is $10 NZD per person or $26 NZD per family. Family passes consist of 2 adults and 2 children, but children under 5 travel free regardless.

How to enjoy Auckland on a budget

Auckland, like most New Zealand destinations, can be expensive to explore. If you stay local and avoid big-name chains, you can save money easily. Also, you can enjoy free Wi-Fi throughout the city, and if you purchase the AT HOP Card or day pass, you save on single fares throughout the city centre. The city has free walking tours you can download to your smartphone too, which helps you explore hidden gems that a typical tour may not include.

How much does a hotel in Auckland cost per night? 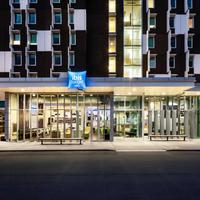 These hotels and hostels are the cheapest accommodations available in Auckland

Get the best value hotel in Auckland

Where to stay in Auckland

Best places to stay in Auckland

Auckland is home to breathtaking landscapes and surrounded by two large harbours. As the major city just north of New Zealand’s North Island, it is the centre for yachts, cafés and endless opportunities. Auckland is home to the Auckland Domain, which is the oldest park in the city, complete with an inactive volcano, and right next to downtown you have Mission Bay Beach with its large seaside promenade. The city has over 1.3 million residents, but you never feel as though it is crowded. Even during peak tourist season, there are plenty of places where you can go and feel as though you have the city to yourself.

Inner City does not necessarily have a start or an end, but it encompasses most of the central business district (CBD). Here you have the major hotel chains and most of the attractions, including the Viaduct Harbour. You also have the edgy areas of town where there are hip and trendy boutiques to explore. If you do not want to rent a vehicle, Inner City is where you want to stay. In the middle of the CBD, you have CityLife Auckland, which is a contemporary, sleek hotel. The Copthorne Hotel Auckland City is another good choice because you can walk to just about everything in the CBD from there.

Here you are in the classic Auckland area. Everything is in Herne Bay, including the best eateries, clubs and cafés. The rich and famous frequent the area, and on Karangahape Road you find nightclubs and pretentious eateries. There is a gamut of massage parlours, tattoo shops and ethnic stores too. Abaco on Jervois is a short distance to Downtown Auckland but helps you escape the city’s bustle. It offers comfortable studio-style apartments for short-term stays.

If trendy and sophisticated are the type of accommodations you want, then the Newmarket and Parnell neighbourhoods are where you must park yourself for the trip. Parnell Village is charming and has boutiques along with award-winning restaurants. Newmarket is perfect for fashion shoppers, and you can find a quaint bed and breakfast in his neighbourhood. Quest Parnell has apartment-style rooms complete with kitchens, and the Quest Newmarket is just a few blocks away.

Mission Bay is the wealthier seaside neighbourhood, and here you find upscale luxury accommodations. You are not in walking distance to the city, so you either need a rental vehicle or take public transportation to reach the city centre. Book your rental car with momondo. In this area, try the budget-friendly ibis Auckland Ellerslie Hotel or the super swanky Kohi Beach Bed & Breakfast.

These neighbourhoods are right along Auckland Harbour Bridge. Staying in Devonport means you do not need a rental car, and you can wander the village or take the ferry to the inner city zones. Stay at the Edwardian bungalow known as Parituhu Bed and Breakfast, which was recently renovated and is less than 3 minutes’ walk from Devonport village and the local beaches. You also have the Andelin Guest House, which is a beautiful Victorian property just 8 minutes from a local beach.

New Zealand on a budget is quite possible. The ibis Budget Auckland Central is in the CBD and offers a convenient stay with continental breakfast every morning. The Waldorf Celestion Apartment Hotel Auckland is a modern apartment-style hotel with kitchens and balconies overlooking the city. The Kiwi International Hotel is close to the city centre and has an in-house eatery. If you want to be close to the airport, try the Auckland Airport Kiwi Hotel, which is a relaxed hotel close to the CBD and airport shuttle routes.

What to do in Auckland

Auckland is by far one of the most exciting destinations in New Zealand. Most visitors come to the city for a day or the weekend to explore; then they go about exploring the rest of the country. While it is not the capital, it has so much to do, you feel as though you are in a bustling metropolis. The city itself sprawls out quite a bit; therefore, you must plan your travel itinerary strategically to avoid going back and forth. Furthermore, you want to include some of the top sights while you are here, especially if you are only visiting for the day or weekend.

How long do people stay in Auckland?

A stay of 4 nights is most popular when visiting Auckland.

How much does a hotel cost in Auckland?

The price of a hotel in Auckland depends on several factors such as star rating, location and demand. Generally speaking, the average cost of a hotel is around £70 per night.

When is the best time to book a hotel in Auckland?

Hotels in Auckland are usually cheapest during the month of October. You can expect a price decrease of around 25% during this period.

Which day is cheapest to stay in Auckland?

Monday is the day where you will typically find the lowest price for your hotel room in Auckland. The highest price tends to be on Wednesday.

How much does a hostel in Auckland cost?

£19 is how much a hostel (and up to 2-star hotels) in Auckland could cost you each night. Booking a hostel could save you £50 when compared to the average price of a hotel in Auckland.

Learn more about these user-preferred hotels in Auckland

Find the cheapest flights to Auckland on popular routes

Start planning your trip to Auckland

Experience Auckland from behind the wheel! Learn more about the best car hire deals here

Get the latest Auckland flight insights

Not set on Auckland? Search the best deals on hotels in these destinations