Find the best deals on 2,345 hotels in Miami, Florida

Find the perfect Miami hotel for business or leisure

Things to do in Miami

Are there hotels available near Bayfront Park?

momondo users have recommended 12 hotels to users looking to stay near Bayfront Park. Hotels in this area have an average price of £139 per night. These prices may change based on several factors, such as time of year. Hotels near Bayfront Park are typically 24% more expensive than the average hotel in Miami, which is £105.

Are there hotels available near AmericanAirlines Arena?

Are there hotels available near Bayside Marketplace?

Search for hotels in these Miami neighbourhoods

When to book a hotel in Miami

How much does a hotel in Miami cost per night?

Hostels and cheap hotels in Miami

Get the best value hotel in Miami

How long do people stay in Miami?

On average, people stay in Miami for a total of 5 nights.

How much does a hotel cost in Miami?

Hotels in Miami show a range of prices for their rooms. These are determined by factors such as availability, locale and amenities. On average, rooms will be around £99 per night.

When is the best time to book a hotel in Miami?

In May prices are at their lowest, making it the most cost-effective time to book a hotel room in Miami. You may find the cost of your room has decreased by 35%.

Which day is cheapest to stay in Miami?

Sunday is the day where you will typically find the lowest price for your hotel room in Miami. The highest price tends to be on Tuesday.

How much does a hostel in Miami cost?

On average, a hostel in Miami will be priced around £64. This price will be per person, per night and was obtained using hostel and 2-star or below hotels. In comparison, this will be £35 lower than your typical Miami hotel.

Based on the weather in Miami, what attractions are popular during April?

The average temperature in Miami during April is around 24 °C which makes it the perfect time to spend time having fun and seeing something new outside at popular area attractions such as Walt Disney World Resort, International Drive, and Universal Orlando Resort.

Learn more about these user-preferred hotels in Miami 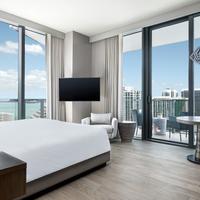 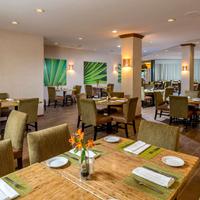 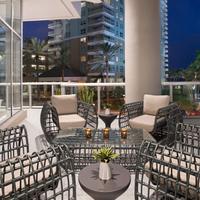 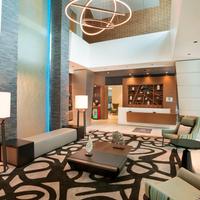 Start planning your trip to Miami

Get the latest Miami flight insights

Experience Miami from behind the wheel! Learn more about the best car hire deals

Not set on Miami? Search the best deals on hotels in these destinations